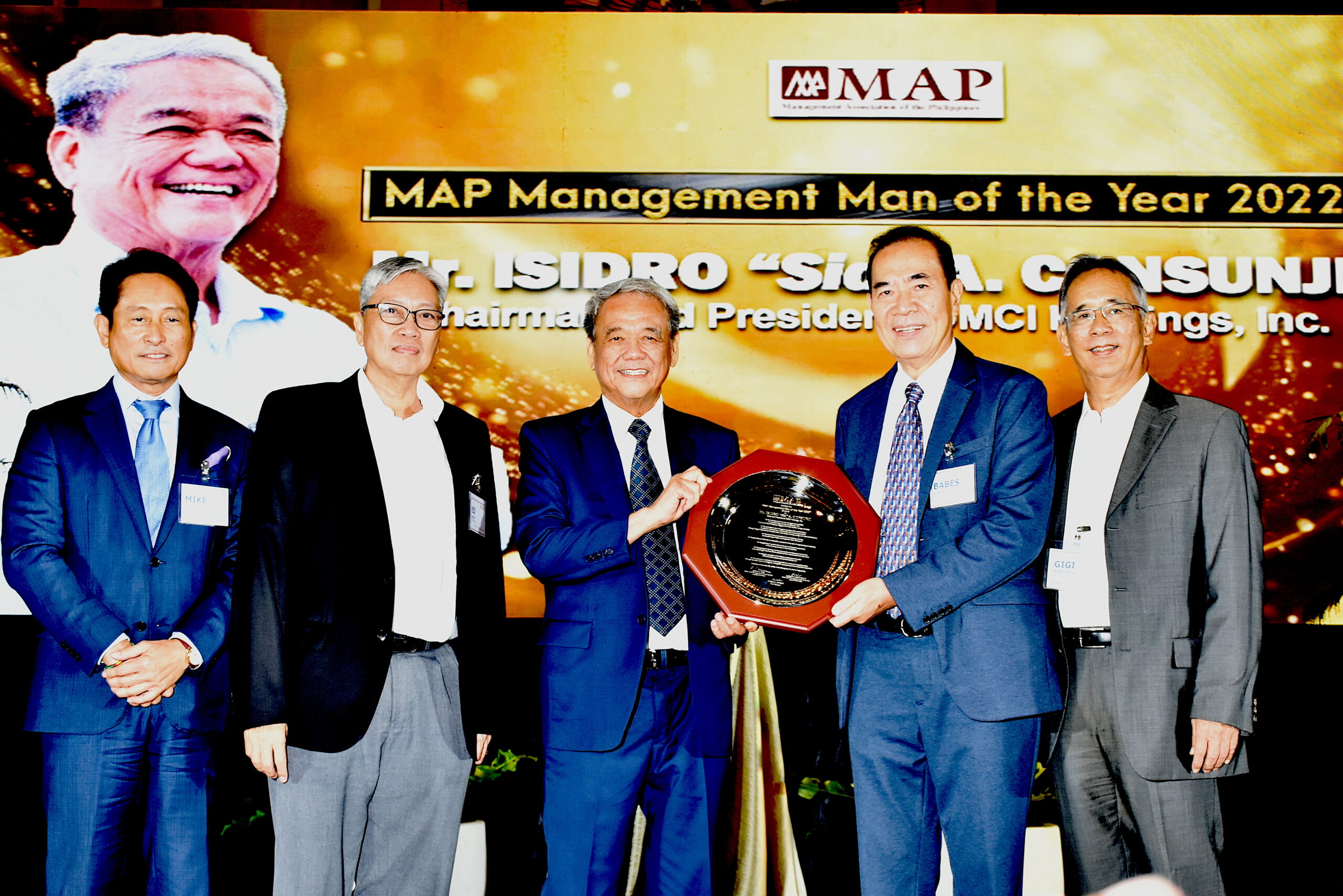 The MANAGEMENT ASSOCIATION OF THE PHILIPPINES (MAP) announced recently the selection of Mr. ISIDRO A. CONSUNJI, Chair and President of DMCI Holdings, Inc., as the recipient of the “MAP Management Man of the Year 2022” award.

The “MAP Management Man of the Year” is an award that the MAP confers on individuals in business or government, whether a member of the MAP or not, who have attained unquestioned distinction in the practice of management, and have made valuable contributions to the progress of the country and in re-shaping national values.  It is bestowed on exceptional persons who have posted a record of achievement and distinction as leaders and managers of organizations, and who are exemplary models who deserve to be emulated by their peers and by the younger leaders and managers.

The conferment of the award follows a thorough, stringent selection process.  The distinction of “MAP Management Man of the Year” has only been conferred 46 times in the five-decade history of the award.

The criteria for the award include integrity, leadership, and management qualities; contribution to nation-building and values formation; effective stewardship within the confines of the highest standard of business and management practice; among others.

Mr. Consunji was chosen for his: